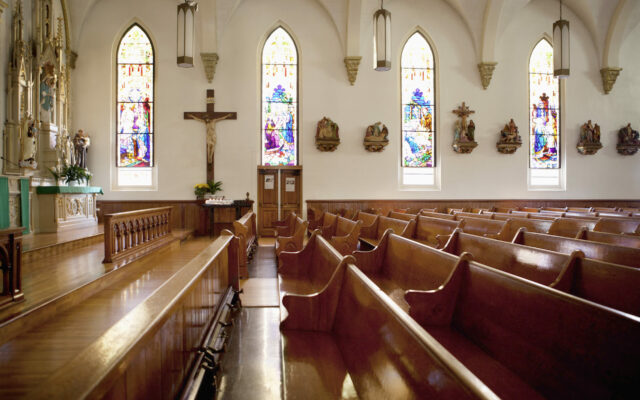 They say God acts in mysterious ways . . . and it seems like he wanted a NASTY punishment for a guy who broke into one of his houses.

A 28-year-old man named Grant was caught breaking into the Church of the Nazarene in Deer Park, Washington earlier this month.  Someone saw him walking around inside on a surveillance camera, and called the cops.

The caller said the guy had a flashlight and seemed to be looking for audio equipment.  He was also wearing a mask . . . but considering the circumstance, it probably wasn’t a COVID-19 precaution.

The police arrived and caught Grant.  He obeyed police orders, but while he was being arrested, a SKUNK jumped into an open window, and SPRAYED him.

Grant was taken into custody, and charged with second-degree burglary.  He reportedly told the authorities he was in the church because he was just “curious.”  It’s unclear if he was given a tomato soup bath in jail.