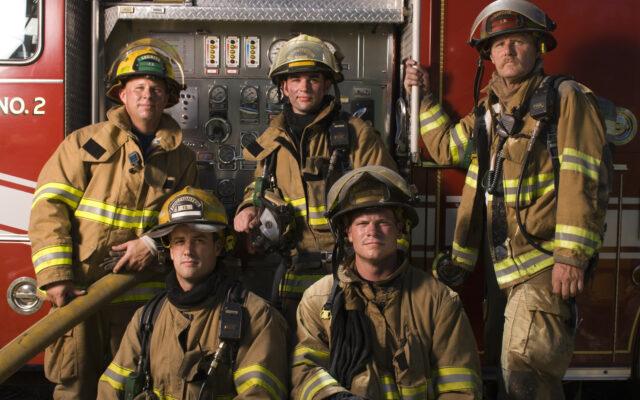 Portrait of five firefighters standing in front of a fire engine

Firefighters in Florida rescued a dog that fell down a 15-foot hole earlier this month.  The dog’s okay, and the hole has been filled in.

And a group of loggers in Canada rescued a moose that fell through the ice on a lake in Ontario.  It was in a deep part of the lake, and had been there for hours.  So they broke away more chunks of ice to create a channel to a shallow spot.  Then they coaxed it over until it could touch the bottom, and it managed to climb out on its own.