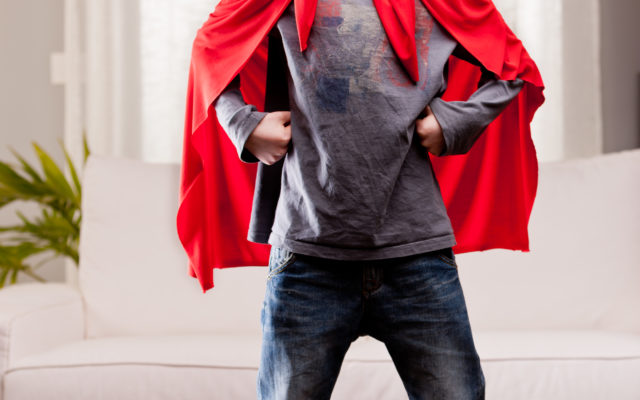 a little kid playing as a red cloak serious superhero

A guy from West Virginia named John Buckland runs a charity called Heroes 4 Higher, and dresses up as Batman to cheer up kids in the hospital.  So he recently flew to Poland to hang out with kids who had to flee Ukraine.  There’s a video of him hanging out with a little boy named Sasha, along with a Ukrainian Wonder Woman.