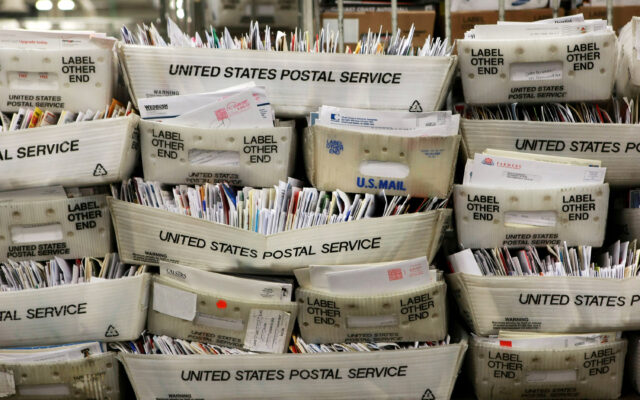 SAN FRANCISCO - DECEMBER 15: Stacks of boxes holding cards and letters are seen at the U.S. Post Office sort center December 15, 2008 in San Francisco, California. On its busiest day of the year, the U.S. Postal Service is expecting to process and mail over one billion cards, letters and packages. (Photo by Justin Sullivan/Getty Images)

America’s longest-serving mailman just celebrated 70 YEARS on the job.  His name is Johnnie Bell, and he’s worked in Oklahoma City his whole career.  He’s in his early 90s now.  And when he started in the 1950s, he made $1.81 an hour.

He still sorts and delivers mail and could retire whenever he wants.  But at his party on Friday, he said he sticks around because he still enjoys the work.