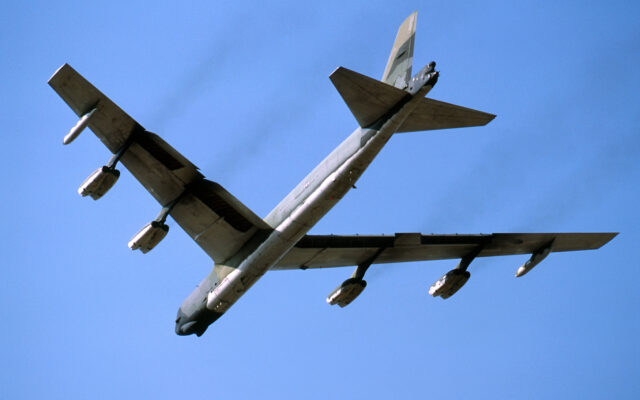 "The Mighty Boeing B52 Bomber,capable of carrying huge bomb loads at high altitudes over great distances"

There have been a lot of stories over the past couple years of flights being delayed because of bad behavior among PASSENGERS . . . but this is something new.

An Alaska Airlines flight from Washington D.C. to San Francisco was about to take off on Monday, when it returned to the gate because the two pilots were FIGHTING.

Passengers say one pilot got on the intercom and explained that they were heading back due to a, quote, “failure to get along.”  It’s unclear what they were arguing about.  A rep for Alaska Airlines said the captain and first officer had a “professional disagreement.”

Once they were back at the gate, one pilot BOOKED IT off the plane.  The passengers were forced to deplane, while the airline found a replacement.

Overall, the flight was delayed two-and-a-half hours . . . but half of that was a previous delay due to bad weather.  Alaska reportedly gave passengers a flight credit of $175 for the inconvenience.